“The painter aim surprises again. Behind this extraordinary series of six framed pictures within a picture, there is an intellectual rigour and a formal elegance that belies the actual seeming roughness of the images. They are indeed primitive like the name given to the series but they are also strangely sophisticated. These images capture what is barely present like the solid Ice-block that will disappear. Central to all aim’s oeuvre is the motif of the Block. In fact, in one title, aim refers to this being a painting of 12 Blocks, perhaps playfully signifying that The Iceman himself is a “Block”! There is a photochemical phenomenality here, achieved through aim’s masterly treatment of light and shade. It is almost an acid allegory of the early avant-garde. The ambience of the captivated,captivting and captured Block creates an architectural setting ,especially manifest in the elongation of the six frames. Poetic expression marries aspects of common reality with earthly bliss. Is the Block on the verge of extinction? The strong horizontal and vertical lines trap the Blocks for future generations. Aim will never be drawn on his themes. Sometimes there seem to be references to global warming and climate change. Other times there seems to be a fundamental existential question posed directly, challenging the viewer to be more aware of their present life. I personally just can’t wait until aim’s next painting. As an art critic of long-standing, it behoves me to perhaps be more critical but with this particular painter, it is difficult to write without praise.” [Kafe Smictiric-art critic] 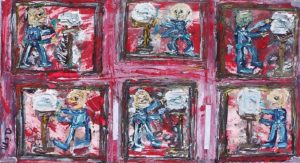 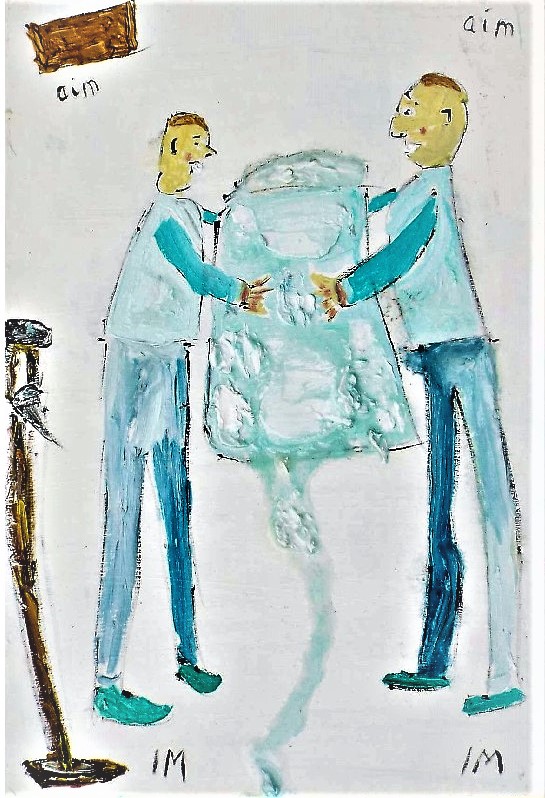