“In ‘Primitice 12’ aim again asks questions. Could that be a key The Iceman is holding? Why so many Blocks[apparently he did sometimes melt more than on ice-block at once]. ‘aim’ produces a heterogeneous picture here. The contradictions are refuted-the blocks are both undersized and larger than life. They are solid yet fragile. They are malleabale, yet unforgiving. The determination of form, mass, materiality and space leads to a presentation of the Block as Block. Process is always implicit in aim’s painting of The Iceman in action. Of course audiences were witnessing the very process of The Iceman melting a Block that would melt at a different speed if The Iceman did not intervene. Is aim making a caustic comment on the artist’s vision?Is the Block referenced as commodity, but also an impossible ‘collector’s’ piece? It’s vanitas is symbolised eloquently by the spread of icy material. This is a painting that almost seems vapid but for the manifold muscular contractions-casual and poetic, deliberate and mundane-make your choice!. An overheated art world market echoes the crisis of planetary Climate Change. aim seems to say to society. ‘where is your society?’ [Kafe Smictiric-art critic] 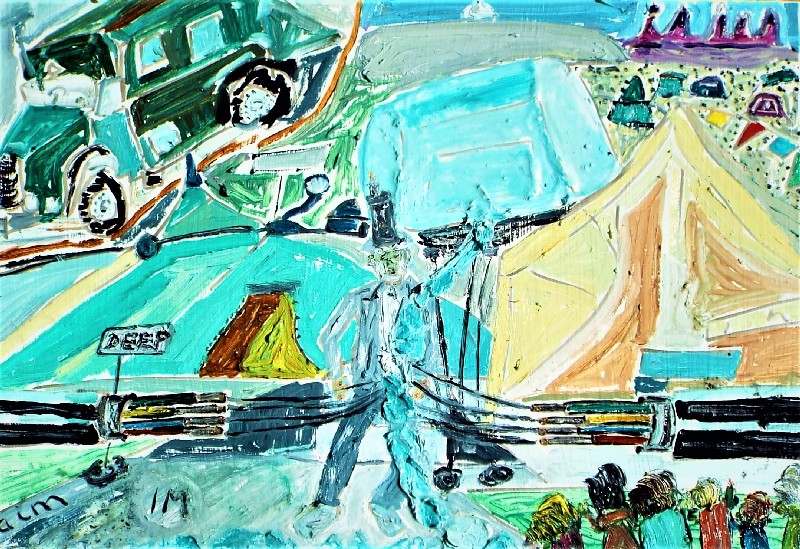