The Iceman in aim’s painting,Primitice 2,shares a stage with a medley of recognisable and un-recognisable goods. The hammer perhaps codifies the contemporaneity of the Iceman’s performance art. In the Primitice series, the Iceman is framed against unspecified but intriguing backgrounds. Their ethnographic corollaries point to diverse traditions. There is a sense of threat but also underlying safety. Is there in fact a feeling of trust between the Iceman and his Block? Value based institutions are challenged  and we are invited to witness the Iceman eradicating the constancy of abject impurity and chaos. There is no implied regulation to the melting process or implicit management of extended control. However, the drainage system does seem to be functioning!Is something violent festering under the surface? No, the iceman is clearly ultimately a kindly figure and aim creates a sense of dream around the Block, with the strange floating  meteor-like face. The commingling of an imagined audience with the performance processes invite a spectacular act of imagination. I had to have a strong expresso in the gallery’s café, which fortunately was staying open late the evening I visited the exhibition. [Kafe Smictiric-art critic] 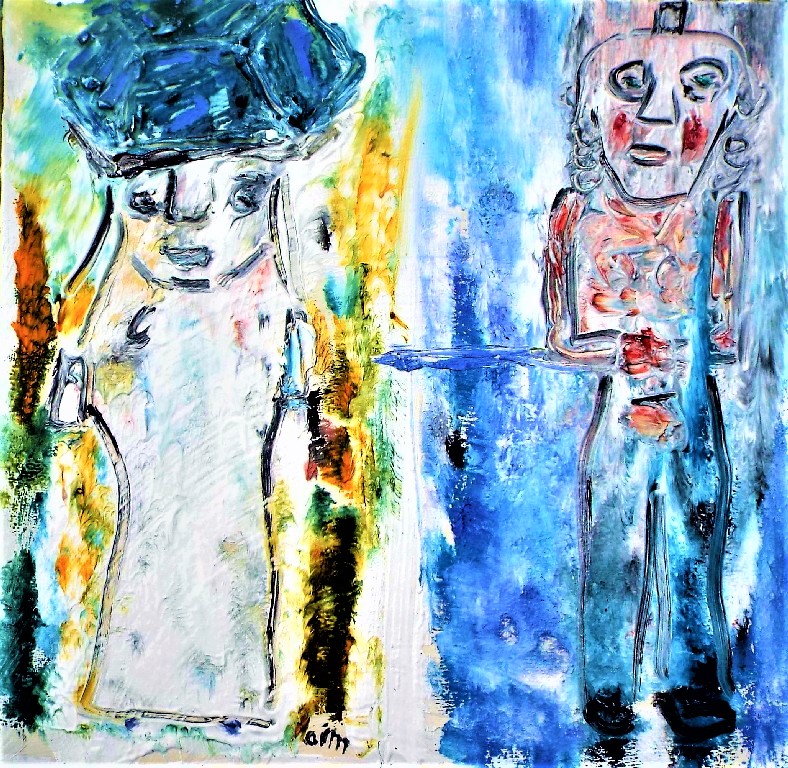