“With regard to the issue of content, the disjunctive perturbation of The Iceman’s lungs, lips and tongue are clearly made resonant in this extraordinary painting by aim. Even though the inherent over-specificity of the images of smoke makes the viewer falter, it does not interfere with the visual significance of the actual Ice-Block  or indeed the ‘singing’ figure of The Iceman. The object in The Iceman’s left hand is wonderfully clear and yet ambiguous. On one level it is yet another device with which to melt the Ice-Block but it is also open to a myriad of other possible interpretations. Could it be a special syringe, a candle of hope or is it more like a mini-blowtorch which suggests The Iceman’s determination to realize his dream, even as he points it to the sky? I wish I had heard The Iceman sing but at least I am still alive!”[ Kafe Smictiric-art critic] 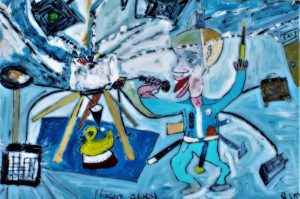 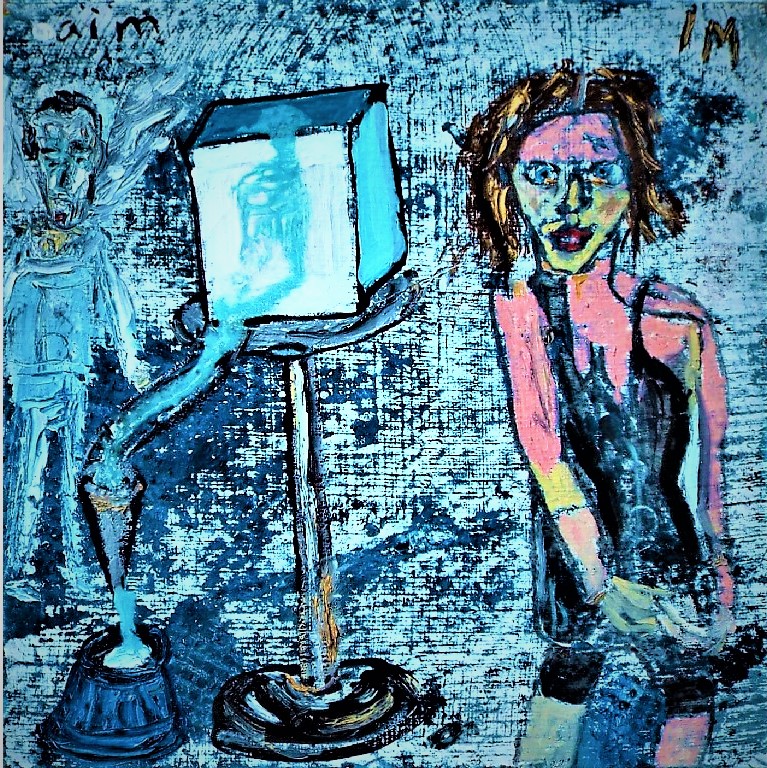 "The Iceman graimpples with the practicalities of quantum entanglement" ['aim']