“The history of performance in the visual arts is often traced back to the Dada cabarets of the early 20th century. The Iceman is a non-traditional happening-maker in that saimrreal mould. He would probably have gone down well in Cabaret Votaimre. The liveness, the physical movement and the unpredictable impermanence of the Blocks is very far removed from a museum setting. However, The Iceman photographed many of his Blocks and has a store of Polaroids which track performances. Now, through the painter, ‘aim’, the Blocks in a different sense live on.[Interestingly, like the action painter Jackson Pollock, ‘aim’ has banged and smoked some of his paintings-almost reminiscent of The Iceman’s live performances  which certainly had its share of Bangs and Smoke-including an extraordinary vocal rendition of “Smoke Gets in Your Eyes”.]  The strong element of audience participation[including “Breath” contributory action] during The Iceman’s Block melting reminds one of Yoko Ono’s ‘Cut Piece’ or Marina Abramovic’s “The Artist is Present” though I know The Iceman would see those artists as much more “serious” than he himself is. Conceptual-art-defying Blocks  live on because their immateriality has been temporarily halted by the documentation.The Iceman’s performances engage directly with social reality,play with space and show the uncontrollability of events as The iceman’s equipment actually seems very ineffective in speeding up the melting process. [See the collapsing support system below in ‘aim’s painting of a live performance.]As Jonah Westerman remarked “performance is not (and never was) a medium, not something that an artwork can be but rather a set of questions and concerns about how art relates to people and the wider social world”.I think The Iceman certainly asks questions, not least to himself! -[Kafe Smictiric-art critic] 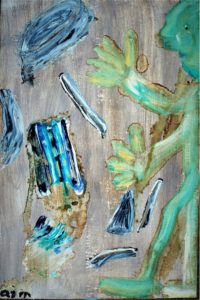 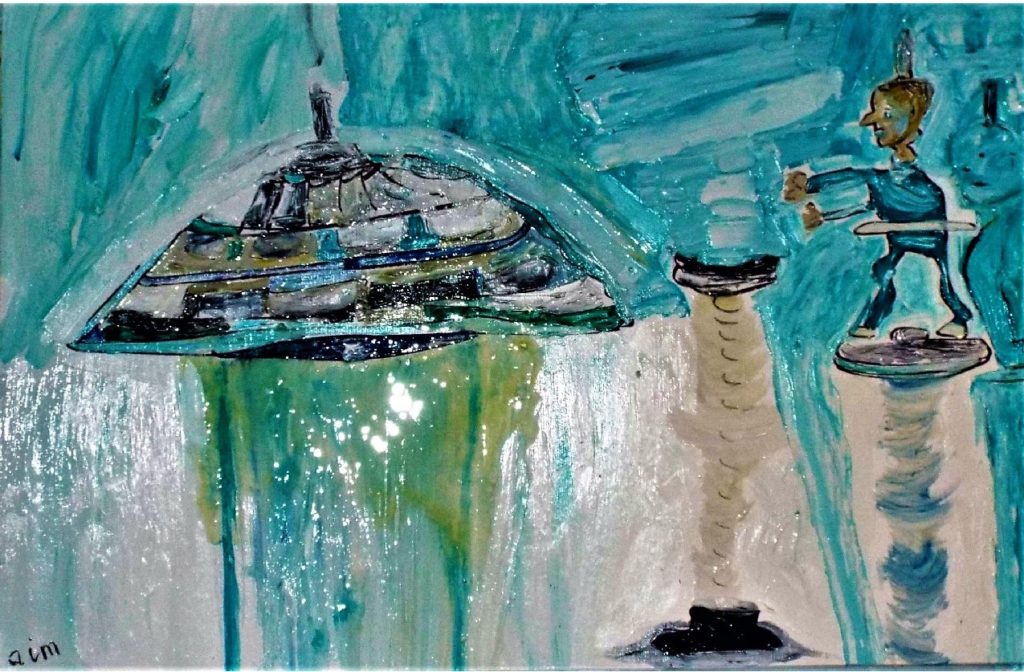